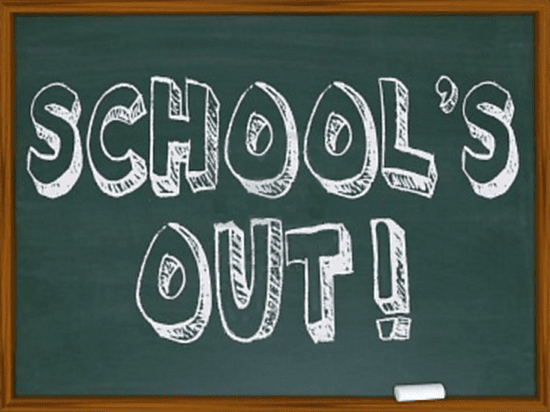 With three children at home, the six weeks of summer are fun and frantic in equal measure.

We visit family and friends, hang out at the park and have water fights on the trampoline.

Last year we had themes each week. During 80s week we watched Allo Allo and wore legwarmers. 50s week saw us rationing sugar and scouring charity shops for toys made of wood.

I’m probably over compensating for the fear-filled summer holidays I spent as a child. While most of my classmates enjoyed a three week countdown, I became more introverted and withdrawn as I began to project familiar scenarios of daily violence and abuse with no haven of school to retreat to.

The plain truth was that school, while far from perfect, was safer than home. Teachers got cross and shouted but were amateurs compared to my parents.

Home was unpredictable. Things could go from bad to worse in the blink of an eye. On good days I would take my four younger siblings out, pushing a huge rusty pushchair around several parks until it got dark. Bad days were more frequent. In addition to caring for the day to day needs of my siblings, I had to find ways of keeping toddlers quiet to prevent them from being beaten, often stepping in myself to take the punishments myself. A tough six weeks for a 9 year old girl.

I have only recently been sharing about my past. I turned up at #TMLondon with an exciting PPT on feedback! During the first few talks I began to wonder what would happen if I just told the truth. If I just told these teachers how amazing they were. Not knowing anyone there and thinking I could just slope away afterwards, I changed my slides at the interval and shared some of my story.

The repose from educators have been fantastic.  The thing is, this isn’t just my story. It’s the story of learners in your class. You see them as children, but don’t often get to see the impact you made on their adult life years later. The adult me is unrecognisable when compared to that terrified little girl. I’m a strong, confident woman and a fantastic mother, largely down to a handful of individual teachers who interrupted my trajectory by holding a vision of success for me when I couldn’t do that myself.

I’m sharing my story for the young humans we as teachers get to spend 195 days a year with.

You might not be able to change their world, but you can be a window to a world of possibility.

Smile more, engage before educating, and go the extra mile to humanise students. Reassure them that the community of school will be here when they aren’t.

And if you do have any concerns, however slight, do speak up. You could literally be saving a life.

Most of all. Thank you for sticking with education. You are so much more than ‘just a teacher’.

← When it comes to leadership, I want to be a door opener How To Create A FREE Inspirational Gift For Your Learners. Did I mention it was free? →