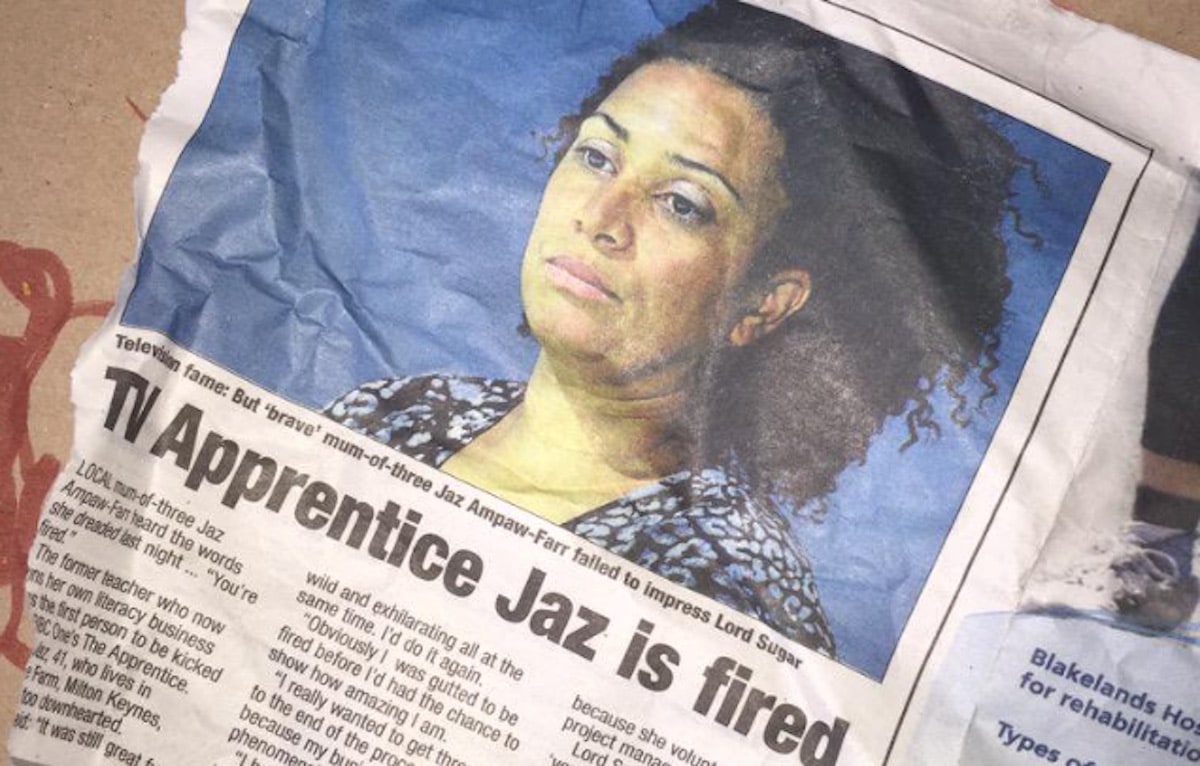 A strange and bizarre thing happens around October, because, at least for me, The Apprentice really is the gift that keeps on giving!

Being fired in the first week of the show was embarrassing, hilarious, embarrassing again and then even more hilarious. Now, every year when the new series starts – and just when I am forgetting my finest hour of failure – people start recalling my 12 1/2 minutes as a Z list celeb and the fun begins!

– Learners ask me what Lord Sugar is like in real life.

A: Exactly the same as he is on TV.

– Teachers ask me what’s in the little suitcase?

A: A pair of knickers and a toothbrush.

– My local radio station asks me to share my ‘expert’ commentary on the candidates progression.

A: No idea, I can’t watch it anymore. Being on the show and witnessing the inner sanctum is like finding out Santa doesn’t exist.

I work alongside teachers delivering talks, training and coaching. This involves pointing them to the internet where they can connect with me on social media and sign up to my  VIP list to access various free resources.

At first, I tried not mentioning the Apprentice, mainly because I was more than happy to let my very public failure disappear into oblivion. That worked, up until the moment someone Googled me. So then I embraced it, opened with it and, eventually told the truth about why I volunteered to be the first team leader and, in doing so, kinda sealed my fate.

AUTHENTICITY AND YOUR VULNERABILITY VULTURE

I had spent years disguising my authentic self, pretending to be ‘one of the straights’ and making blending in my ultimate goal. This caused a relentless internal battle with the 9 carat plastic me trying to hide, and the warts-an-all authentic me trying to escape.

I’ve written about our vulnerability vultures before. A few months back, I got curious about what would happen if I ‘fessed up, released my vulture (Vernon) from his reinforced steel cage and stuck him on my shoulder. If you look closely here you can see me leaning to one side with the weight of him!

Authenticity requires vulnerability, and vulnerability sucks. Yet when you commit, the power it exudes can transform you and those in your blast radius.

That public failure was a gift that has enabled me to become the catalyst for change that I am today.

Either way, if your goal is to lead, being prepared to share your failure CV and shine a light on your mistaks for others to explore and benefit from really is the route to success.