How To Balance Life And Work In The Digital Age 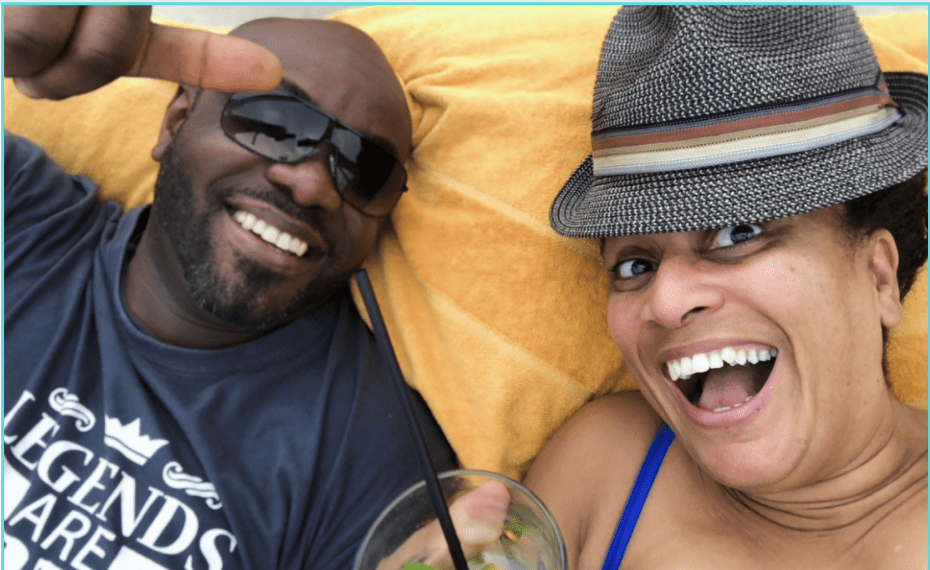 My husband’s role was made redundant at Christmas. I would have panicked if it wasn’t the 5th time. The other four times have resulted in him landing an even better job – often in the same organisation. This time he decided to start a new chapter and join the family business – Human 1st Ltd.

Being human-first is such a quintessential part of who Ed and I are. It’s a way of being that means you are a human being first and everything else second and it permeates into every circle of influence in your life personally, at home and at work, and it allows you to have an enormous impact in every area. Ed is a human-first poster boy!

When we were expecting our first child (we have three – The Original, The Remix and The Mic Drop) we attended pregnancy classes. The leaders asked us what three qualities of our partners we hoped our baby inherited. Mine was easy – Ed’s steadfastness, disarming insight and humility.

I mean the boy is off the shizang in all three as a partner, a parent and a leader.

Before we were married, I was adamant that I wouldn’t be giving up my name. As a child who survived abusive parents, a string of various strangers as ‘dads’ and several stints in foster care, my name had become an indicator of who I ‘belonged’ to at any one time.

After having my name stolen and replaced several times, and with no two documents that agreed on who I was, at 18 I hired a solicitor and changed my last name back to my grandad’s. Farr was my chosen identity and represented me taking control of my own story as a success rather than a statistic.

Ed’s journey had been much simpler with a strong African sense of family, connection and community. However, at the moment that the question of our married name came up, he took a step that would result in the most impactful, mindset shifting and healing sentence I’ve ever heard from another human being:

Well, we’re swapping rings, why don’t we swap names? I’ll give you Ampaw and you give me Farr.

I don’t have the words to explain how that simple statement of equality and grace drenched me in belonging. It was a recklessly generous offer and one he knew his family would not be keen to get the bunting out for. (At our wedding one of his old school uncles had a few too Jackie Ds and gave an impassioned speech about how Ed had ‘brought shame on the family by taking a woman’s name!’)

Building a successful partnership hasn’t been an easy road. I spent the first twenty years of our marriage overcoming the chaos and adversity I’d navigated during the first twenty years of my life. People with my X-Factor-worthy back story don’t generally go on to have happily ever afters. I’ve had fantastic (and awful) therapy, I’ve done the work and I’ve reframed countless times. Along the way, I’ve become an inspiration to thousands and I’ve also, on occasions, given up and wanted to run.

In the early days of our relationship, I struggled to believe I was worthy of love. On one occasion when I became overwhelmed with imposter syndrome, I defaulted to my usual MO of running away. Sobbing inconsolably and shaking with fear, I ran upstairs and started shoving handfuls of clothes into a bag. I was full of anger and hate for myself at being stupid enough to even dream I deserved happiness. Ed quietly came into the bedroom, took his bag out of the wardrobe and started folding and packing his clothes in silence. When I told him I was leaving he quietly replied, ‘OK. Where are we going?’ That’s a typical example of his commitment to fighting for our highest good.

Over the last 20 years I’ve watched him navigate the roller coaster ride of being my husband and guiding our children with the same inner strength. Parenting young kids is 95% picking stuff up off the floor and 5% trying not to beat yourself up after the last mistake you made. He’s stood shoulder to shoulder with me doing both with a smile. We’ve worked hard to co-parent as close to 50:50 as life has allowed at any one time and to avoid the animosity caused by being accidental. Each of our kids is exactly the sort of person I want to be when I grow up.

Our work lives have been very different. Ed’s corporate world of medical technology was a million miles away from my career in education. Over the years I’ve picked up more knowledge than is recommended for the average human female and can hold my own in a conversation with surgeons about the pros and cons of porous biologic fixation technology – should the need ever arise. However, the part of Ed’s career I’ve been consistently impressed with is Ed.

I’m regularly in awe of the way he deeply connects with people whilst retaining his personal boundaries. His ability to mentor and call people up and in to difficult and courageous conversations that shift their mindset and result in an increase in productivity and personal fulfilment. The millions in income he has generated for companies through building and increasing their influence.

Together we form an unstoppable force, in life, as parents and now as company directors. I head up keynotes and training and Ed leads coaching and consultancy. Our biggest success however is living the stuff we talk about and embed in organisations. Being human-first means:

Staying on automatic in ‘human doing’ mode stops you from living your fullest life and showing up as your full-fat self – which not only impacts you but those around you.

Where are you in your being v doing journey?