A Week Of Funerals 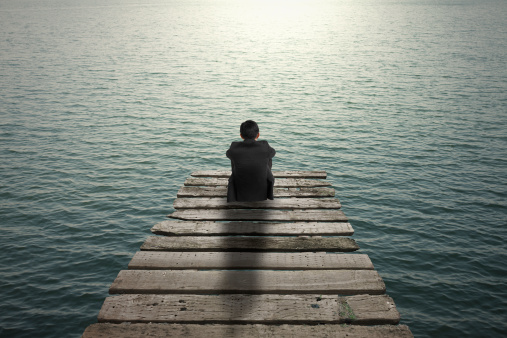 I don’t know why I took my laptop to the funeral.

I’m not suave enough to have a compact handbag so I grabbed my usual work bag complete with mobile office. I’d never been to a Jewish burial before and had stuffed three head scarves in my bag not sure if one was more appropriate than the other. I was over prepared for an event I wished wasn’t happening. My work bag bulged and if there was a sudden need for Vanilla Rooibos teabags or MacBook Pro adapters I’d be ready.

Death sucks. Even though it’s guaranteed that everyone I know and love is going to die at some point, I find myself with zero strategies for navigating the chaos that the loss brings. In fact, every death seems to string a seamless thread to the last, connecting the previously soothed pain to the fresh rawness of the latest one. The last funeral I attended was my baby brother’s and I felt acutely aware of the unprocessed hurt and familiar resentment surrounding his death surfacing alongside this latest one. That’s why I was so grateful for the Rabbi. During what is an searingly sorrow-fuelled event he was calm, kind and conducted the ceremony with grace. Parts of the service were sung in Hebrew and the sound beautifully filled the grief-chasm in my chest.

Ivor Benjamin was a visiting tutor during my first year of uni. He was simultaneously enigmatic and exuberant, clad in biker gear and had an inexhaustible knowledge of all things theatre. He was impossible to dislike. In fact I liked him so much I stole his bike (I was led astray by one Mrs Amanda Bland) only to discover him later that night worried sick and about to report it to the police. I returned the bike and threw in a peace offering in the form of a framed mirror of George Michael and Andrew Ridgely. Ivor had already forgiven me – but he kept the mirror anyway!

Ivor married my friend Amanda which was great because the pair of them were as mad as wax bananas. He became dad to Amanda’s daughter Jilly, and a couple of years into their marriage they had baby Joe. Amanda and Ivor were huge on family. They loved like it was an Olympic sport. Not just each other, their hearts too big for that. Not just Jilly and Joe, who embody the same generous spirit, but everyone and anyone who needed to belong. His funeral was a collection of the waifs and oddbods he’d collected along the way. Me included.

The day we buried Ivor had a vibe of unfinished finality. I Forrest Gumped my way through the ceremony – especially the walk to the grave. I moved in a bewildered state, an unwilling participant in a sad goodbye.

I hate writing about Ivor in the past tense because it’s not accurate. How could such a phenomenal presence no longer be?
I hate that Amanda, Jilly and Joe are in pain. How is it fair for those who give so much to loose so hard?
Navigating the chaos caused by loss is, quite frankly, a bag of shit tied in the middle.

What’s also true is that death doesn’t mean the end of a relationship. It means a different relationship. You relate to the person who’s no longer around but in a different way. You remember, tell stores and share memories. There’s a philosophy that says you die twice. Once in your physical form and then again when the last person on earth who tells stories about you dies. So I’ve decided to steal something else from Ivor. And the time I’m holding onto it.

A sentence. A thought. A belief.

As spoken beautifully by Jilly during the eulogy:  ‘Dad always said, it doesn’t matter who you are, or what you do as long as you are honest and kind’.

POSTSCRIPT
I attended Ivor’s funeral a week ago and am just back from the funeral of Ion O’Sullivan today. At this mornings ceremony, a friend of the family shared a story about Ion’s last days of what was a sudden illness. As people came to visit him in the hospital Ion asked each one ‘What can I do to make your visit more comfortable?’ What an incredible example of selflessness, empathy and compassion.

On the back of the service sheets were the words: ‘Engineer, eccentric, dreamer, gentleman and friend.’ It got thinking about my own five word story and how if I didn’t like it I still had time to create a better one. Facing the finality of death over the past seven days has supercharged my zest for life and that starts with letting go of the things about me that I want to change.

Thank you Ivor and Ion.